On Display in Rocklin

The Nintendo Switch, now at RC Willey, is a versatile and exciting gaming system that has stolen the hearts of millions of players already. Play at home, on the go, with friends, or by yourself. With many returning Nintendo exclusive game franchises as well as a library full of brand new indie games, the Nintendo Switch is the perfect entertainment system for anyone who picks it up. 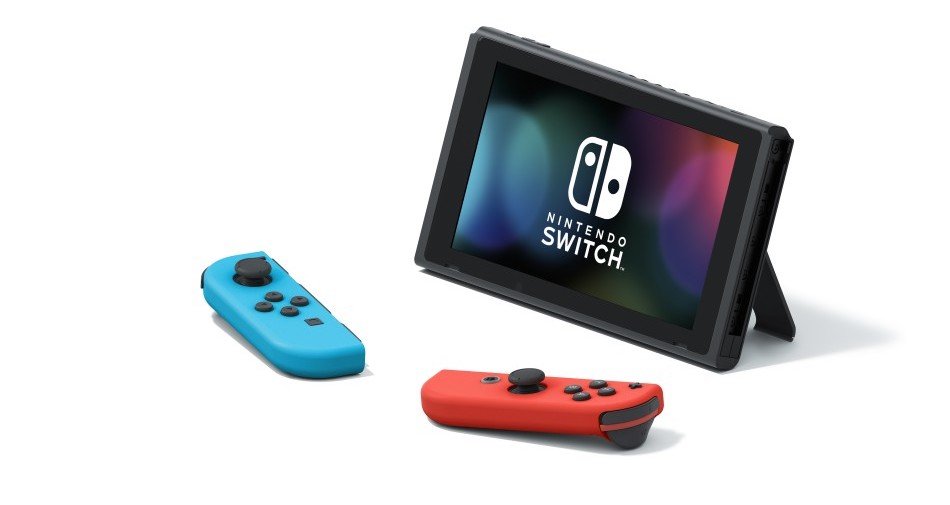 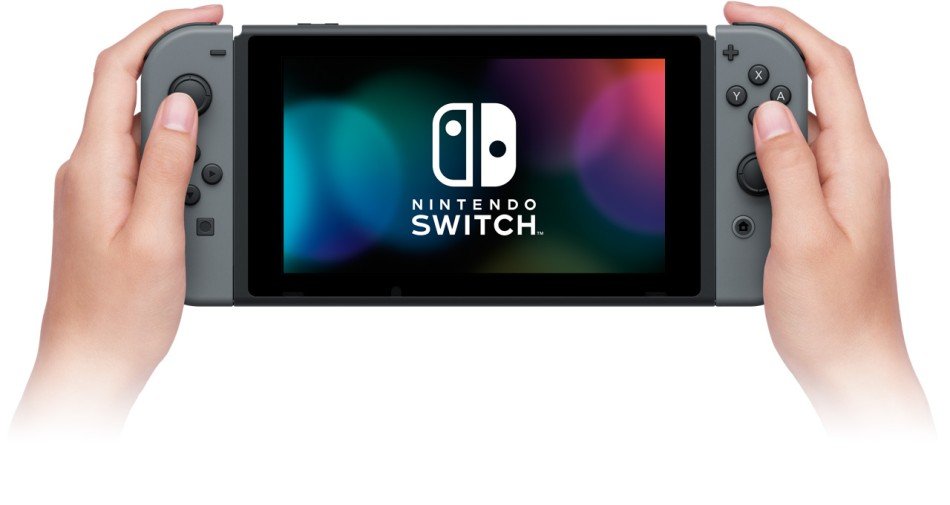 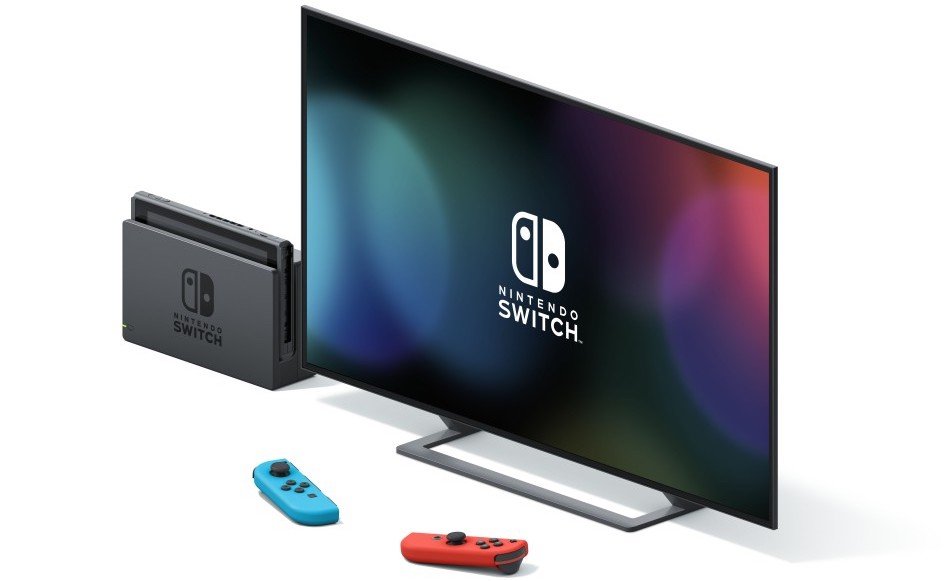 A system to match any lifestyle

Nintendo Switch brings a new versatility and portability to major game consoles that has never been seen before. Instantly go from relaxing on the couch playing Super Mario Odyssey in full HD on your big screen TV to undocking it and playing right where you left off in handheld mode while you walk into the kitchen for a yummy snack. Switching from TV mode to Handheld mode to Tabletop mode and back again is smooth and seamless with no interruptions to your game play whatsoever.

Multiple ways to play doesn't stop with single player. While playing Mario Kart and many other multiplayer games with your friends and family you have the freedom to choose whether to share a screen on your TV in TV mode, share the smaller screen around the dining room table on Tabletop mode, or connecting multiple Nintendo Switches and enjoying a competitive game in Handheld mode. Experience the same game in different ways and have fun with the people closest to you.

One controller or two, vertical or sideways, motion controls or buttons... Joy-Con and Nintendo Switch give you total gameplay flexibility.

Use the included Joy-Con grip to combine both Joy-Con into a tradtional style controller. Depending on the game, you might use a single Joy-Con in each hand - or even give the second one to a friend. Then when you're ready to go, slide the Joy-Con into Nintendo Switch and go portable!

These Nintendo Switch controllers also come with a brand new HD rumble feature that makes your games more immersive. Joy-Con brings a sense of touch that goes beyond mere vibrations.

Joy-Con can sense shape, movement, and distance with an IR Motion Camera in the right handed controller. This creates many new gameplay opportunities to give you the best experience possible! 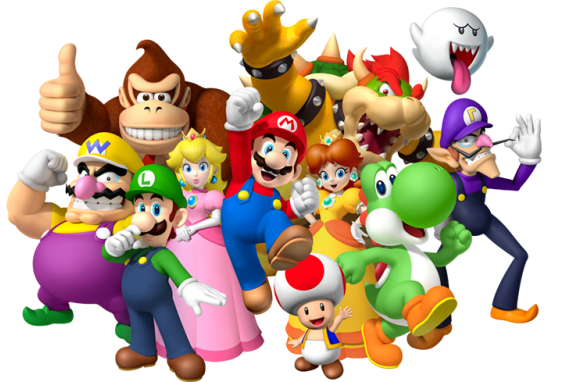 Nintendo brings back many of its exclusive and well-known franchises in a whole new way. Experience Hyrule like never before in The Legend of Zelda: Breath of the Wild. Mario and friends are back in multiple games including critically acclaimed Super Mario Odyssey and Mario Kart 8 Deluxe. Kirby Star Allies, Donkey Kong Country, Splatoon 2, and many more bring you the nostalgic feel of familiar faces with the exciting feel of a brand new challenge.

Whether you’re playing together on the couch, linking your system with a friend’s on the go, or playing online with friends across the country, Nintendo Switch has you covered.

The Nintendo Switch supports multiplayer gaming options of all kinds. You can play together online with strangers or best friends. Having a party? You can play together in the same room using one system connected to the TV with the dock and HDMI cable or on multiple systems with a wireless connection. Specific features vary by game, such as voice chat or split-screen play, but sharing fun with friends and family is a key focus for Nintendo Switch. Connect up to eight Nintendo Switch controllers with one system and everyone can be included! 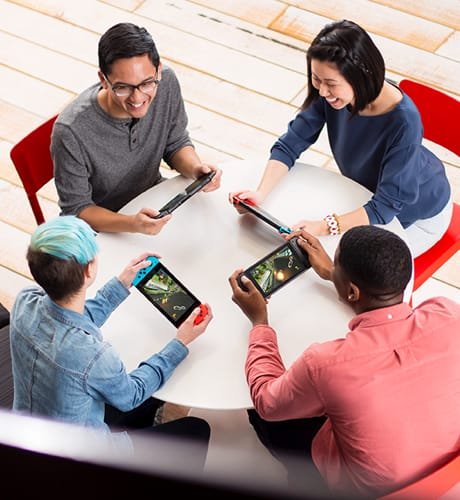 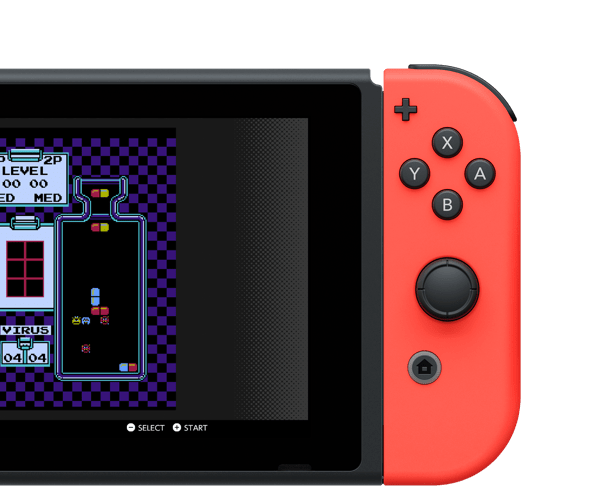 Get even more from your games with a Nintendo Switch Online membership.

This paid service gives you access to online play, a selection of NES games, cloud backup for your save data in compatible games, and more! 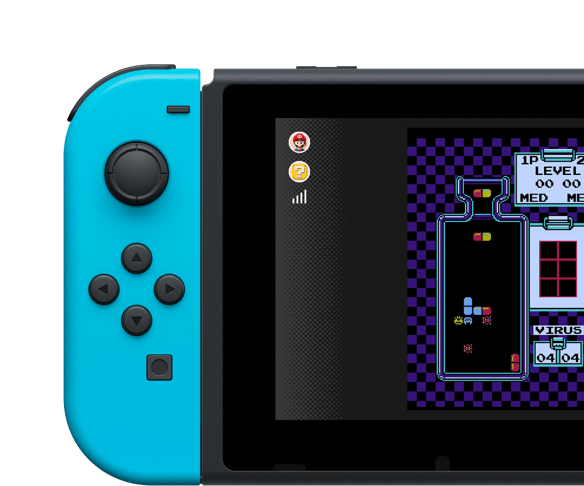 Parents can use the convenient, free Nintendo Switch Parental Controls app to control:

You can also access the eShop from the Nintendo website and send a game to someone's console as a gift.

With built-in amiibo support you can use amiibo accessories to enjoy fun in-game extras in compatible games on Nintendo Switch.

Simply tap an amiibo to the NFC touchpoint on the right Joy-Con controller or the Nintendo Switch Pro Controller.

Use the Capture Button on the left Joy‑Con to take a screenshot and save it in the album. With select games, you can hold down the Capture Button and save a video of your last 30 seconds of gameplay. Pull a tricky move against some enemies in Legend of Zelda and want to show your friends later? Now you can!

Other Items In This Collection

The Legend of Zelda: Breath of the Wild - Nintendo Switch

View our full Instagram gallery to shop these styles and more