How to Get Wax Out of Clothes | RC Willey Blog

How to Get Wax Out of Clothes 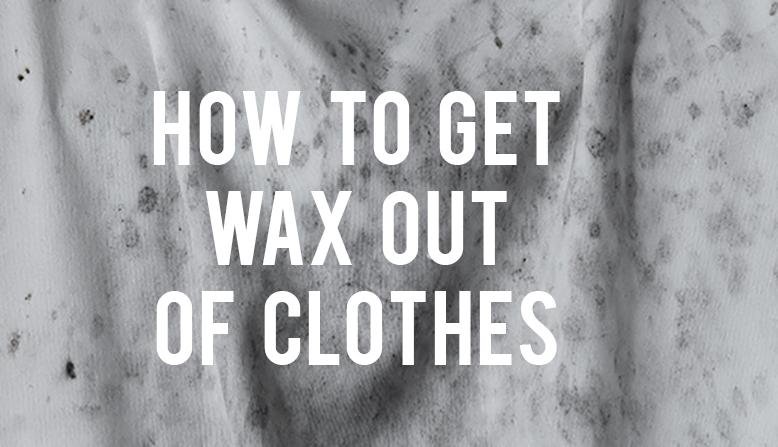 I found myself google searching “how to get wax out of clothes” after we tried to have a festive dinner and my daughter pulled at a napkin, which knocked over a glass, which hit a candlestick and spilled wax all over my husband’s pants. So much for that! I found some instructions and was doubtful it would work at all. I tried it out, though, and ended up amazed that afterward there was no trace of wax left in the pants at all! While there are probably many ways to get wax out of clothes, this is what worked for me.

First: Let the wax dry and scratch off any extra wax that is sitting on top of the clothes. Use your fingernail, a butter knife, or the edge of a spoon to get as much off as possible.

Third: If it was a colored wax, use a stain treatment and wash it like normal. If you can’t see any color left from the wax, just toss it into the washing machine and it should come out clean!

Fourth: Check your clothes after the wash and before you put them in the dryer! If there is any wax residue or color stain left over, repeat the first three steps.

Do you have any other ideas of how to get wax out of clothes?