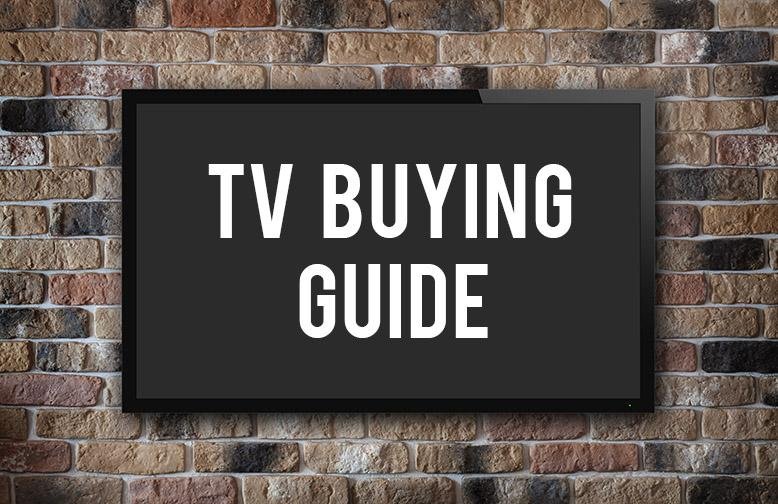 Before you pack up and come to RC Willey to purchase your new TV, there are a couple of things we’d like you to understand in order to get the best TV for you and your family. Everything you will need to know about buying a new TV can be found here.

WHAT TYPE OF TV SHOULD I BUY?

In contrast to a few years ago when the list of TV types went on and on, today there are primarily two options - LED and OLED.

LED TVs are a type of LCD television. Rather than using fluorescent backlights like LCD television, LED TV uses light-emitting diodes (LEDs) to light the screen. The benefit of using LEDs is that they are smaller than fluorescent lights, which means the screens can be made much thinner, and they require less power, making the TVs more energy efficient.

Another benefit is that LEDs can perform local dimming. Local dimming is when the different backlights are able to dim, brighten, or turn off independently depending on what picture is on the screen. This happens during high contrast scenes, moments with dark and light areas, and makes the contrast even more intense. The result of this is that LED TVs produce a high-quality image, with sharp colors and images.

OLED, or organic light-emitting diodes, is made of organic compounds that emit light when surged with electricity. This means that there is no need for the backlights found in LED televisions. With the absence of the backlights, OLED TVs are significantly thinner and use less power, making them even more energy efficient than an LED TV.

Because it is the individual pixels that are emitting light, OLED TVs have amazing contrast, color, and brightness. While LED TVs local dimming turns off sections of the lights to create higher contrast, OLED TVs can turn off individual pixels, creating pure black. The pixels are able to quickly change color, ensuring that everything stays sharp and there is no blur at all. 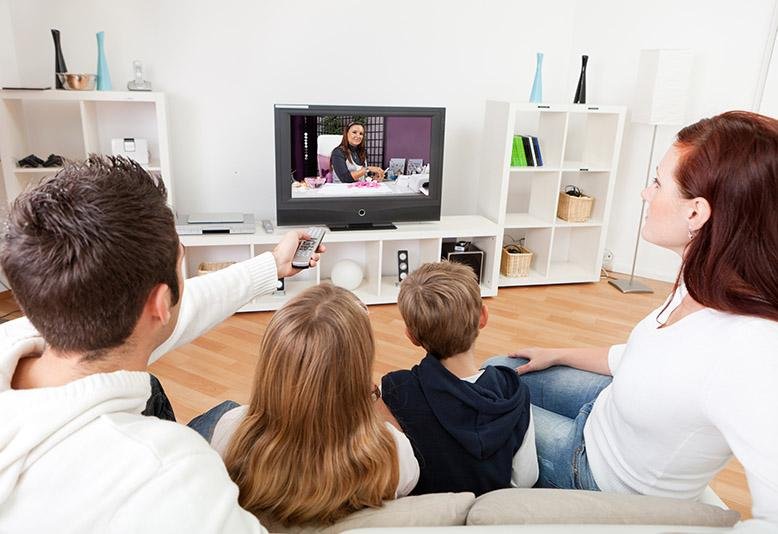 WHAT ABOUT THE RESOLUTION?

4k, or UHD (Ultra-High Definition), has four times the resolution of 1080p and is the best option currently available. As we said before, the more pixels your set has the better quality your image will be. This means that with a 4k TV your image will have a sharper picture, brighter colors, and more detailed images.

On smaller screens (think 40” or less), 4k doesn’t make a huge difference and may not be worth the money. However, if you’re getting a screen larger than 40” and plan on keeping your television for as long as possible, consider spending the extra money for 4k resolution.

WHAT SIZE OF TV SHOULD I GET?

With so many size options available, knowing which one to buy can be difficult. The size of television you pick really depends on the size of your room, how far away you will be sitting, and personal preference.

The first step to determining television size is deciding where you want to put it. If you’re planning on putting it inside an entertainment center, be sure you have about an inch of space around the sides, top, and back for ventilation. Remember that TVs are measured diagonally, from corner to corner, and consider whether or not you are going to be mounting it to the wall. Measure to see what the largest size of television you could fit in that space will be.

Next, consider where you will be sitting when you’re watching. The farther away you sit, the smaller the screen will appear, but if you’re too close it can strain your eyes and distort the image. Below are some graphs that could help you narrow down what size of screen will work best for your viewing distance. These are general guidelines and should be used as a starting point so feel free to go bigger or small depending on what you like.

Most people tend to go bigger than smaller, but of course, personal preference wins out over any suggestions you find online. A good tip is to cut a poster board into the size of television you’re interested in buying to see how it feels and will fit. Keep in mind that whatever you buy will feel bigger than the poster board when it hangs on the wall. 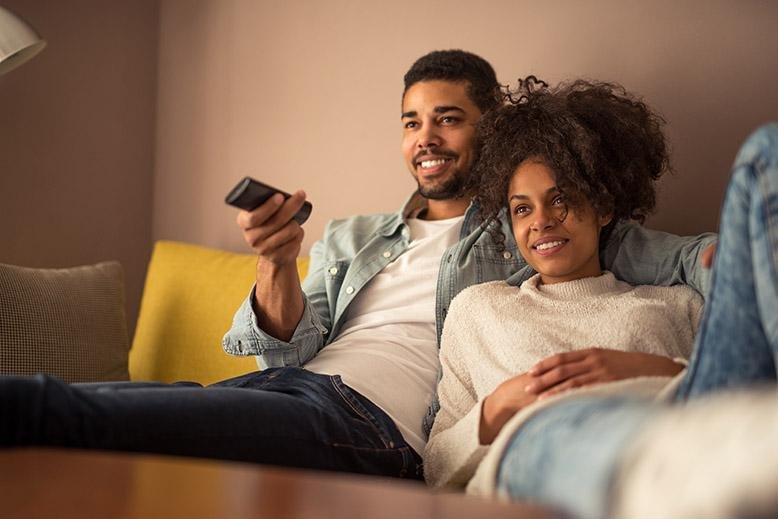 WHAT ELSE DO I NEED TO KNOW?

Before you buy a TV consider how many systems you will be hooking up. Blu-Ray players, cable boxes, video game systems, streaming media players, and most other devices you use for your entertainment system will need to be connected to the TV via HDMI input. Make sure whatever television you buy has as many HDMI inputs as possible. It will make setting up your home entertainment system much easier.

If you want your TV mounted to the wall, make sure you get a TV mount that is rated to hold the weight and size of your TV. If you are hanging your TV higher than eye-level when sitting down, consider a tilting wall mount so you can angle the TV downwards for easier viewing. If you’d rather not mount your TV, it will come with a removable pedestal that will hold it upright on a table or entertainment center.

The trade off for such thin TVs is sound quality. It’s difficult to include quality speakers in something so thin, so plan on purchasing a soundbar with your television so you don’t neglect your ears when it comes to a true home theater experience. There is a wide variety of soundbars available, including some that have Bluetooth connectivity that will enable you to stream music from your phones or other devices.